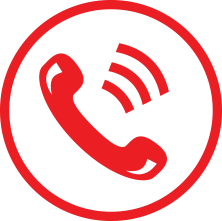 The National Institute for Emergency Medicine (NIEM) is the institution, established under the Emergency Medical Act B.E.2551 (2008). The organization is responsible for the administrative management and coordination between relevant agencies, both public and private sectors, including the promotionof local governments to play a role in the management of emergency medical services.

Hua Khew Poh Teck Tung Foundation has initiated the transportation of bodies without relatives in B.E. 2480 (1937)

The Ministry of Public Health has received technical assistance from Japan International Cooperation Agency (JICA) in order to establish the Accidental Center (Trauma Center) at Khon Kaen Hospital in B.E. 2536 (1993). It also covered pre-hospital services (Pre-hospital care). Later Wachira hospital has provided the emergency ambulance which was called SMART (Surgico-Medical Ambulance and Rescue Team) in B.E. 2537(1994), which follows the Accidental Prevention Plan of the Metropolitan of Bangkok.  The Ministry of Public Health has launched the pre-hospital medical treatment at Rajavithi Hospital in B.E. 2538 (1995), so called “The Rescue Narenthorn Center”. Nopparat Rajathanee and Lerdsin Hospitals have also been the network.

The Ministry of Public Health has launched a “rescue Narenthorn Center” at Rajavithi Hospital in B.E. 2538 (1995).

This organization is considered as the juristic personof the state, an entity under the supervision of the Minister of Public Health in order to have efficient administration and policy management of medical emergencies and to meet the policy of the Committee of the Emergency Medicine effectively. As a result, the emergency patients have guaranteed and protected rights to access to emergency medical systems; same rights, equal and quality standards. Providing these the rights to patients are the intention of the Emergency Medical Act of B.E. 2551 (2008)